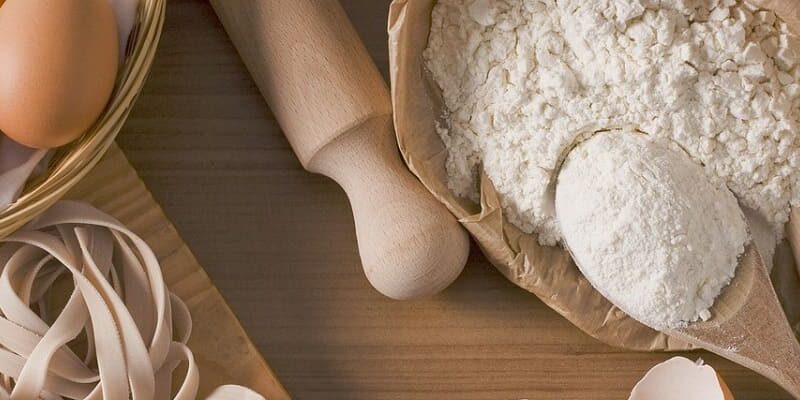 Buy Emmer Flour online: A contribution to the topic „Buy flour from Emmer – a natural health booster“ The spicy primeval grain with the long awns is a high-quality sweet grass of the wheat genus. It has retained its natural robustness over thousands of years.

Dishes made from emmer flour taste wonderfully nutty and provide many important minerals and trace elements. She picks up the robust ancient grain well from the soil. It does not depend on fertilizer like modern wheat. This is how the hardy emmer also grows on dry mountain soils. He is hardy to minus 20 degrees. 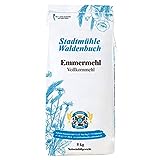 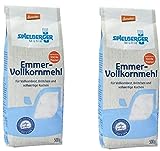 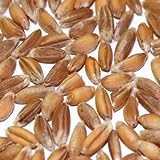 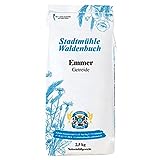 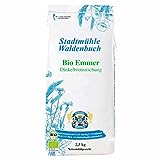 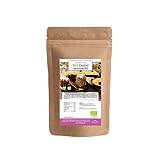 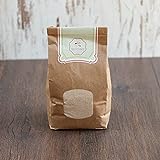 Emmer is part of our human history

It is not for nothing that Zweikorn was an important basic component of nutrition in ancient Mesopotamia 10,000 years ago, as well as in Egypt, the Roman Empire and Germany from the Stone Age to the Second World War. To this day, the undemanding grain is part of traditional dishes in the Middle East. Emmer was also popular with the Celts. Emmer grew even more frequently in German areas up to the Second World War, especially in Bavaria and Thuringia.

Then, with 75%, the cultivation of barley, maize, rapeseed and wheat prevailed. Only a few years ago, the natural product emmer was rediscovered on a larger scale. Since then, demand has been steadily increasing. There are red, white and black emmer varieties. The dark winter emmer is the most common in Germany. It is insensitive to strong solar radiation. Its glumes are brownish or black-purple. In summer emmer, on the other hand, the husks are light yellow and the grains are softer.

Use it in everyday baking and cooking. It contains substances such as carotenoids and flavonoids. Ferulic acid and lutein can also be found in the native grain variety Emmer. Lutein contains the valuable vitamin E, calcium and phosphorus are also in the emmer flour. Emmer also scores with more amino acids, minerals and vitamins than wheat. These include iron, magnesium, zinc, selenium, vitamin B3 and B5.

In short, a wholesome diet is the best dietary supplement. Because our body can best absorb the numerous substances in their natural form. It is therefore highly recommended to buy flour from Emmer.

Buy flour from Emmer online, vegans like it too!

You can easily buy the honey-brown emmer flour from the mill online. We offer organic and baker’s flour in various qualities and quantities up to 5 kg. The ancient grain is full of proteins and is therefore ideal for saturation.

Two-grain has even more protein than wheat. Its good portion of essential amino acids makes it very suitable for vegetarians, vegans and anyone who wants to lose weight. Another advantage of the ancient grain is that baked goods made from emmer flour stay fresh for several days. This is because it hardly dries up. Both professional bakers and private baking enthusiasts therefore count on emmer as flour.

What to watch out for when cooking and baking with emmer?

Emmer wholemeal flour is more nutritious. You can also use it to prepare bread, rolls, waffles, batter, shortcrust pastry, quiche or wholemeal pasta. The binding of sauces, as well as the preparation of spaetzle, dumplings, as well as pizza and flatbread, is also excellent.

Enjoy the special attraction of buying freshly ground flour from Emmer directly from a mill. If you let it ripen for seven days, moisture escapes and baking soda responds better. This increases the baking performance and gives you nice, fluffy baked goods.

Even if you make dough with the addition of butter, yoghurt, quark or oil, this ensures particularly good baking results. Process emmer wholemeal flour carefully at a low level due to its gluten protein. You can also knead it longer on a smaller level and then briefly on a larger level. Then let the dough rise well, this further increases the digestibility. Emmer flour can replace 405 and 550 type flours.

Production and types of emmer flour

The cleaning of delivered emmer grains primarily involves shaking, vacuuming and brushing. The emmer grain is then dehulled in the hulling mill. Then grinding stones grind the clean grains into flour in several grinding processes. The result is coarse grist, bran and finally finer and finer flour. Increasingly fine-meshed sieves divide the flour according to type. One type indicates the amount of minerals per 100 grams of flour. Higher flour types are darker and have more minerals.

Because most of the minerals and vitamins are in the outer layer of the grain. Coarsely ground flour therefore contains more vitamin B and proteins than fine flour. Wholemeal flour does not need a type because it consists of the complete grain and germ.

Ancient grains consist of robust, hard grains. The defensive husk layer protects emmer grains well from fungi, pests and pollutants in the air. You can therefore store emmer flour in dry, cool and wind-protected places where it is dark. Turn the flour occasionally to aerate it a little.

Recipe for emmer bread made from wholemeal flour

Then you gradually add about 350 grams of water. Only then do you add half a teaspoon of salt and a teaspoon of oil. Knead everything for at least five minutes. The dough should pull away from the bowl as you knead.

Now let the dough, covered, rise in a warm place at 20 to 22° overnight, i.e. 8 to 12 hours, to double its height. Then knead it thoroughly again. Now you can put it in the buttered loaf pan and let it rise again for about 40 minutes. Finally, you bake it in the preheated oven at 220 degrees, or in the gas stove at level seven, for about 45 minutes.

Tip: The gluten properties of emmer flour can be increased by adding a little mashed banana or lemon juice to the dough.

On top of that, you support soil-friendly cultivation and strengthen an original type of grain. This contributes to biodiversity. Bon appetit when baking and cooking with our emmer flour! Buy a kilo, 2.5 kilos or even 5 kilos of the excellent emmer flour and experience the strong taste for yourself!